"Dig if you will the picture..." (allow me to indulge in a little Prince reference) Sydney Harbour in all her twilight splendour; the Opera House shells romantically glistening in the near distance, overseen by the harbour bridge looming protectively; and, directly in front of you, at the base of Mrs Macquarie's Chair, is the stage of the Handa Opera, poised to move you.....

Each year, one of my best friends Erin and I meet somewhere in Australia, to pick-up where we left off the last time we saw each other, somewhat of a semi-regular tradition since I moved away geographically from our friendship. Keen to add new experiences to our lives, last year we decided to "get our culture on" and met in Sydney over Anzac weekend to shop, dine out, talk, talk, talk and also to experience Verdi's opera Aida on Sydney Harbour.

When we realised it had been twelve months since we'd last laid eyes on each other in the flesh, plans for a Sydney/opera reunion were hatched, this time to experience Puccini's Turandot (after much deliberation, we decided it's pronounced like this - Ter-un-doh).

From the tale of Aida, an Ethiopian princess, set in Egypt, we were transported to China to witness the story of another princess, a "cold" princess named Turandot, traumatised by the death of her aunt in an arranged marriage, Turandot vows to torture and kill any potential suitor (i.e. all of them) who cannot answer three riddles she has set for them.

The Handa Opera set the scene from the moment you wander the pathed slope beside the Royal Botanic Gardens. We were greeted by radiantly lit lanterns and colourful furniture inviting us to get into the mood for the Asian banquet that awaited us prior to the show. 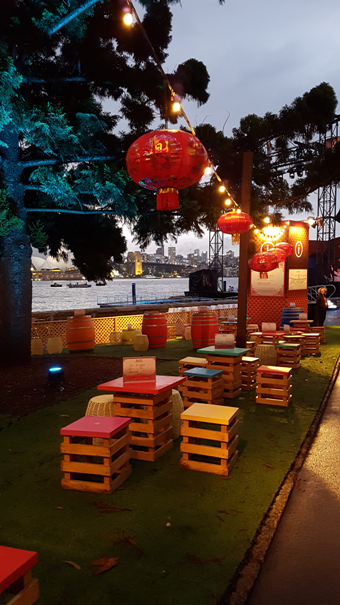 Standard issue selfies with the dragon, fire-breathing if you will, were had as we made our way upstairs to dine on various delicacies. Whilst sipping on our champagne we admiring the tireless view of the harbour, as the P&O cruise ship pulled out of Circular Quay, tooting her own horn. 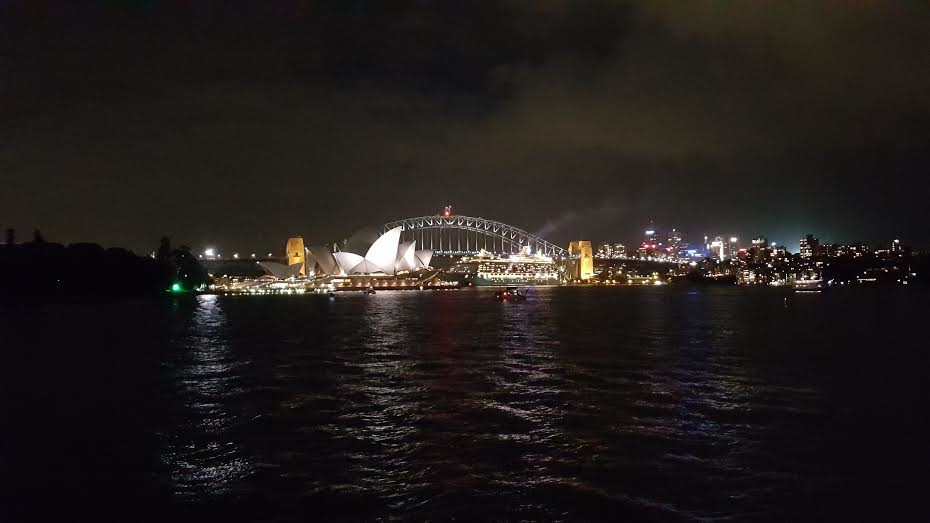 With our bellies full, and our heads more than giddy with the combination of anticipation and bubbles, we took our seats, eager to feel the first notes of music ripple through us, leaving goosebumps and broad smiles in their wake.

Now, I'd hate to give the wrong impression. I didn't grow up listening to opera music and although I developed an appreciation of movement, music and literature - the classics - in my early adulthood, my education has been ad hoc at best. Growing up in regional Victoria, we were not spoilt for choice with the kinds of performances that came our way, and so for example, when the Bell Shakespeare Company came to town, it mattered less what they were playing, than the actual fact that they were there! In fact, my first ever opera was Puccini's La Bohème, shown at the Performing Arts Centre in Warrnambool a thousand years ago...

The other way I'd often choose what shows to pursue would be through hearing a familiar quote/song/piece of music and then wondering where that originated and how it fitted into a context. That's exactly what happened with Turandot. The most famous aria from Turandot is Nessun Dorma - possibly made equally famous by Pavarotti's version used in the 1990 FIFA World Cup coverage! 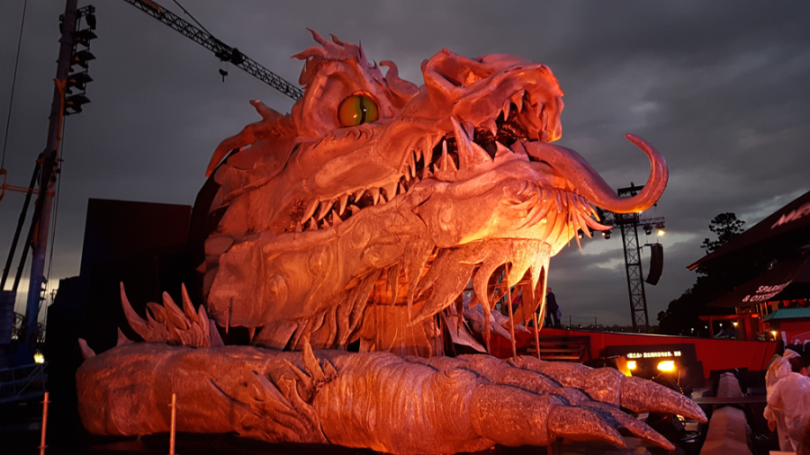 At the end of the first act, we are given a little taster of Nessun Dorma. The tune is familiar and the unknown prince teases us with an introduction to the lyrics.... oh my goodness, is this it? Do they play the main event this early in the piece? But no, they didn't. It was intermission. Just in time for the rain to bucket down.

Returning to our still-dry seats (a miracle in itself), we didn't have to wait long before those familiar notes struck again and we were blessed with the full rendition of the aria we'd all been waiting for. Fixated, with hairs standing on end, I felt immersed in the emotion of the song, the desperation of the princess to avoid a fate worse than death, and the desperation of the prince who'd rather die than live without love. The song crescendoed with an explosion of fireworks emerging from directly behind the floating barge set, in one of those rare moments where you truly feel alive. I smiled from ear to ear with tears in my eyes (and so did Erin, because I stole a glance at her).

Here is my abbreviated interpretation of the story in case your aren't familiar, just so you can see where Nessun Dorma fits.

Turnadot has just killed another prince for failing her task, when along comes the 'unknown prince', who is reunited briefly with his father and his slave-girl, Liu.

Liu is secretly in love with the prince because he smiled at her once. She is loyal and has great integrity and strength of character. Just between you and me, out of Liu and the princess, the prince is crazy for risking his life for the "cold princess"...

Regardless, the prince catches a waft of Turandot's perfume in the air and he is in love (if only it was that easy in real life!) and he puts his hand up to risk it all by attempting to answer her three riddles.

The riddles are so simple he solves them all, only to have her resist his charms.

Instead of forcing her into loving him (what a gentleman!), the prince sets the princess her own riddle to solve (love a good turning of the tables).

Turandot's task is to learn his name before the sun rises. If she can't, she is to marry him.

The song Nessun Dorma - none will sleep - describes the sleepness night for the entire city of Beijing as the princess orders the townsfolk to search for the name of her suitor. If they fail, they will die...

As it comes to pass, the only person that ends up standing in the way of the prince and his princess is Liu, but rather than bow down to the pressure from the princess to disclose his name, Liu is tortured to the death. So very sad, because by this stage we are well aware that the princess isn't half the human being Liu is.

Regardless of the unfair execution of one of the only likable characters in the cast, everyone else lives happily ever after.

I don't know if it's an age thing, but I tend to fluctuate now between being moved by everything, even the smallest of things, a cloud formation, the colour of the sky, a beautiful tasting dessert, a laugh... and other times, I feel like it takes something magnificent to move me significantly. I'm glad to say that Turandot provided me with a mixture of emotions, the most profound being throughout Nessun Dorma. I have often felt envious of my usually reserved friend Jacques, who travels the world going to music concerts. He describes this ability to just let go and feel the music, often "going crazy" dancing like no-one is watching. Wouldn't you love to live your life that way?

I wonder what New Thing I'll go chasing next. I'd love to know what new things are moving you at the moment - feel free to leave a comment. I need some ideas!

More in this category: « The Life-Changing Magic of .... We All Wear It Differently »