Conversations on the Couch with Dr Sandra Bucci 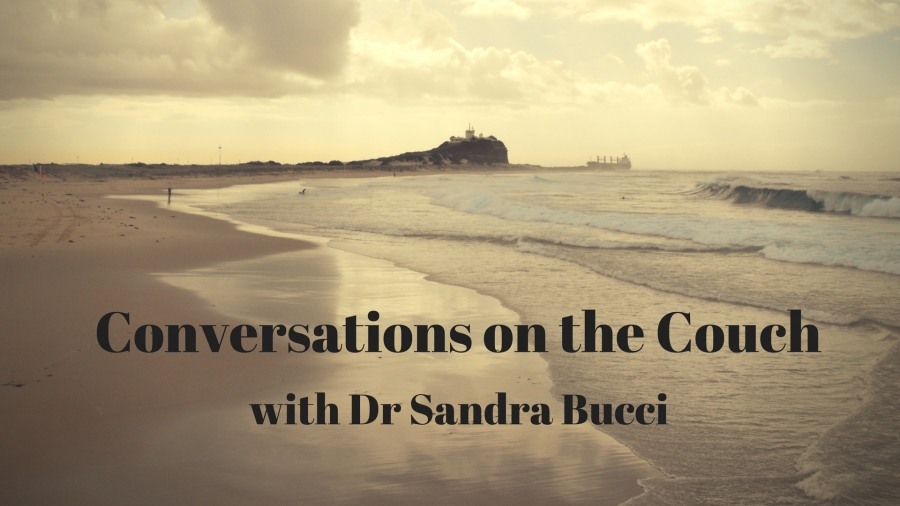 Sandra Bucci is of Swiss-Italian heritage and a Novacastrian now residing in Manchester, U.K., with her husband and two beautiful children. She is a Dr of Clinical Psychology and an academic at The University of Manchester; her academic interests lie in understanding the development and maintenance of psychotic experiences such as hearing voices and having unusual beliefs. She is motivated to develop novel ways to help people have better access to mental health support and intervention. Sandra is a world citizen who has travelled extensively. She is a former competitive aerobics champion, tennis player and doesn't particularly like being in a field of cows (one might go so far as to say she has a bovine phobia!).

I first met Sandra in 2006 when she became my very first clinical supervisor! How lucky am I? Sandra has helped to shape my psychology career from day one. In this incredible Conversation on the Couch, you'll get a glimpse of the kinds of thoughtful reflections I learned from early in my career. Thank you Sandra! Australia misses you. x 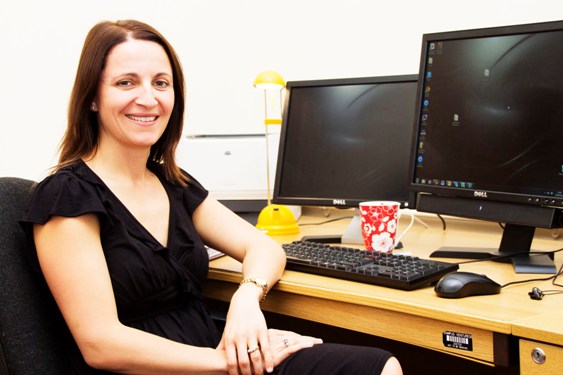 If happiness was the national currency, what kind of work would make you rich?
I think it would be simply sitting and being with people during times of distress, listening to someone's story, and being able to help someone in a time of need without the pressure of filling out paperwork, meeting attendance targets and so on. I can honestly say I would be a clinical psychologist over and over again. It is an extremely privileged and rewarding job - bearing witness to someone's story is incredibly powerful.

Why are you, you?
I am a product of my upbringing and the way I choose to appraise situations that arise. A number of experiences have shaped who I am and who I choose to be today - my family environment, peer influences, getting through life relatively unscathed, having good attachment figures and models in my early life that have helped me develop my sense of self and feel a sense of belonging and connection with others - these experiences have given me an inner confidence and sense of who I am, the values I hold and how I choose to behave.

Would you rather lose all of your old memories, or never be able to make new ones?
I think I would keep all my old memories - it's what makes me, me. I don't know how I could develop a sense of self without knowing where I have come from.

When is it time to stop calculating risk and rewards, and just go ahead and do what you know is right?
It's a cost-benefit analysis. There are times when you have to just let things go - pick your battles rather than being constantly at war. There are times, though, when you just simply need to stand your ground. I think as you get older you learn to trust your instinct more and start listening to your gut reaction - it is usually right!

What would you do differently if you knew nobody would judge you?
If life was judgement-free, I would do and say more of the things I felt instinctually were right. I recently travelled abroad for work. I was away from my children for a fortnight while they were with their dad. When I returned, the judgement from some for leaving my children was palpable. People I barely knew approached me about it in various ways, via social media and in person. Rather than telling these people to f*&% off, I fed into the discourse of being a bad mother for leaving the children and travelling for work. I was really disappointed in myself for feeding into their judgement about a decision I made that was right for me and for my family. The thing I realised later was that it wasn't actually their judgement that was the issue, it was my own self-judgement that was more damaging. I think the pertinent issue here is not the fact that others judge you, but the self-imposed judgement and inner critic that, if we could be free of, would help us be more honest with each other and free us up from worrying about what others think of us.

What are you pretending not to know?
Ah yes, the known unknown. My husband and I left my hometown nearly 10 years ago and started a new life on the other side of the world. The time spent away from my family and the friends i have grown up with is a void that can never be filled. I am pretending that it is OK to have lived a big chunk of life away from all that I have known and from the people who have shaped and influenced who I am today. I am pretending that I will not regret spending 10 years of my life away from my elderly mother, who, until the birth of my children, has been the most important and influential person in my life. I am pretending that the pain she felt when I left home was softened with the knowledge that I was pursuing a dream that wasn't achievable in my hometown. My own children will no doubt have the same desire to spread their wings and I might be left feeling the way my mother felt when I spread mine. I know this is coming, but it's safer to pretend that it won't!

Thank you for joining us for another insightful Conversation on the Couch. Stay tuned for our next conversation when six-year-old Scarlett interviews Jodie. Don't forget to leave Sandra a comment and share us with your friends!