Conversations on the Couch with Matt Reeves 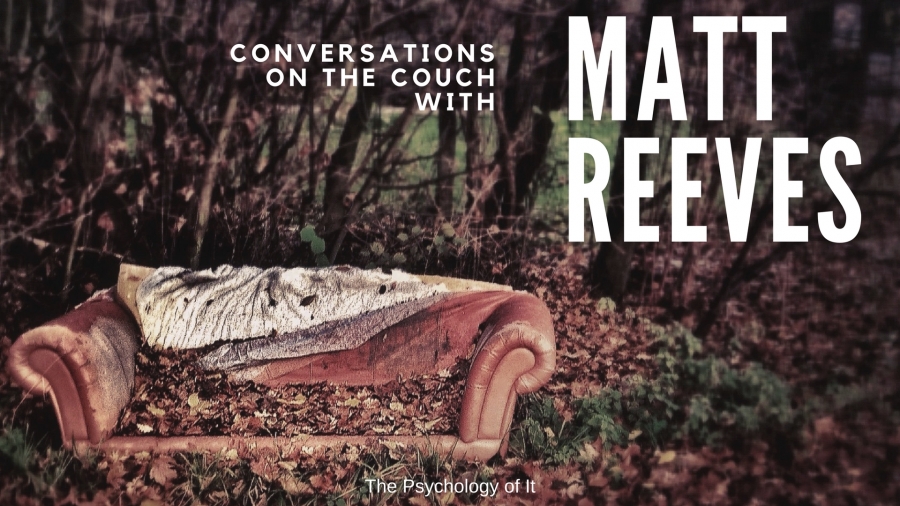 Matt Reeves is a father, a realist, a community minded optimist and lover of humour and music. Fourteen-year-old Matt loved Guns & Roses. Thirtyeight-year-old Matt still does but he now also collects vintage wine carafes and gives me a run for my money when it comes to being curious about other humans.

Thanks so much for letting us in on your inner thoughts Matt. x 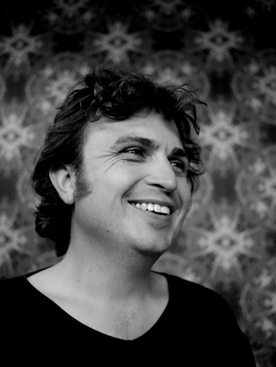 For what in your life do you feel most grateful?

I feel most grateful for being the luckiest person in the world!

The older I get the more I believe this is true, for me. I am grateful for having family and friends who I love and who love me, for having a comfortable and safe house to come home to at night. I have enough money to enjoy experiences, have food in my cupboard and beer in my fridge. I have my health and I have choices in life, for this I feel truly lucky and privileged.

It's easy to get caught up in life and to want more, this can often lead to a feeling of discontent. It's helpful to reflect sometimes.

Why are you, you?

Why would I want to be anybody else!

I think one of the exciting truths about life is that we can change over time. I'm not the same person I was in my teens or twenties, and I assume I'll be a different person in my forties.

I think the one constant however, the one thing that hasn't changed but has in fact driven change, is curiosity. I think curiosity is something we all have as kids but can easily slip away with the day-to-day of life. Keeping curious keeps life interesting.

Is it possible to know the truth without challenging it first?

I don't believe so. For a person to really believe something, they have to get there on their own, not just believe what they are told or what is a common held belief.

There are two instances in my life that I think about when I ask myself this question.

The first is about my sexuality. I questioned it, not because I thought I was gay but because growing up in small town Australia, society told me that I wasn't. It was instilled in me by the common belief that being gay was dirty, immoral or wholly wrong, which of course is a complete phallacy. So, I questioned it, I gave it a lot of thought, why wasn't I gay? I had friends who were. Ultimately, I came to the conclusion that I wasn't gay, but I got there on my own, I didn't rely on other peoples beliefs.

The second is about religious beliefs. I was raised Roman Catholic, went to church regularly and was told what to believe. I didn't know what to believe, it didn't seem to make sense but the people that I trusted put their beliefs on me without any chance of an alternative, my mum, my school. There were times in my life where I did believe in a higher being but overall it conflicted me for a long time. I remember the moment when I finally came to my own belief about religion, the moment when I realised that for myself, there is nothing higher than ourselves, only the people we put there.

So yes! Humans should question everything, we simply cannot advance ourselves if we don't.

Has your greatest fear ever come true?

No. My greatest personal fear is to settle with what I have achieved in life and stop being interested in the world around me. Keeping interested is good for vitality.

Do you remember that time 5 years ago when you were extremely upset? Does it really matter now?

This is a great adage, one I use a lot with my kids and friends - it really helps you put things into perspective. I can't expressly recall a time five years ago that this applies to but I know in the past it has helped me realise the world isn't ending!

I sometimes like to use an adaptation of this sentiment, to give me perspective. I picture myself in my physical location, then I zoom out a bit (as if I'm using Google maps!) to the region, then state, then country. Eventually I'm looking at the world from space and it helps me realise that I am but a speck in the whole scheme of things! My problems don't seem so bad after that.

We learn from our mistakes, yet we’re always so afraid to make one. Where is this true for you? And which mistakes do you wish we would all stop making?

I think this is partly biological - it's a survival mechanism that helps us to not stand out from the herd, in turn, keeping us alive! A behaviour left over from a distant time in our evolution.

Of course in modern society this is no longer the case. For the most part I think it makes us feel uncomfortable and we don't want to look like an idiot! It's definitely a skill that I would like to better - being comfortable with being uncomfortable.

Probably my biggest repeated mistake is judging people. Why do I judge people? Partly because I enjoy it, I like trying to work people out, wanting to know their story, why are they where and who they are in life. That part of it I don't necessarily see as a mistake.

The other half of me judging people is to find out whether I'm better than them or they're better than me. I know rationally that this notion is absurd as ultimately we are equals. I put this down to my brain wanting order, to have everything assigned so there are no surprises. So that part of judging people is a mistake I wish I would stop making.

Great question. I'm not sure that I'm inspiring enough to influence my world!

Does the world influence me? I'm sure in part it does, especially how we are so much more "connected" via social media now.

I've never been one to do something for the sake of it or because other people are doing it. The idea of being influenced by media, celebrities or companies I think is a form of passive peer pressure.

However, if there is someone in your world that inspires you, let them influence you somewhat, but be sure to put your own mark on whatever you do. If we're not hurting others then we should do what makes us happy and make sure we walk to the beat of our own drum!

Thank you so much Matt for having such an open Conversation on the Couch.
We're always looking for volunteers to have a Conversation! Message us and we'll let you know the details!
Until next time, x