Conversations on the Couch with Laura Baudinette 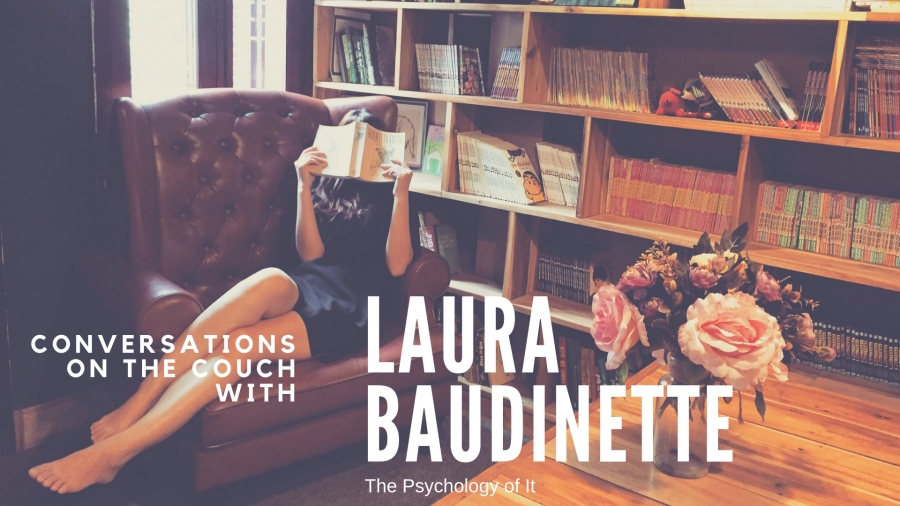 Laura is a freshly qualified psychologist living on the Sunshine Coast in Queensland. She is the lucky wife of a very patient and supportive husband and is a mother to two beautiful boys. Her most favourite things include beach days, adventures with her family and friends, her morning chai latte, CrossFit training and ice cream (not necessarily in that order). She is passionate about supporting women with the transition to motherhood; is a staunch advocate for congenital heart disease awareness and keen supporter of the wonderful charity Heart Kids. Today, she joins us for an insightful Conversation on the Couch. 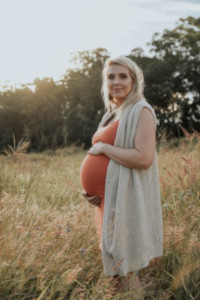 Why are you, you?

I think I’m me because of all of the times in my life when I haven’t got what I wanted. I seem to have learned my most valuable lessons from the periods of my life which I reflect on as the most challenging. The losses, the broken hearts, and the failures. They have shaped my expectations for how I want to be treated, how I treat others, and ultimately how I want my life to be.

For what in your life do you feel most grateful?

Undoubtedly, I feel so grateful for having my arms full with two beautiful boys. Dash is 3 and Raffy has just gone 6 months. Both of them have challenged me in very different ways. Dash was my initiation to motherhood, and was a wonderfully spirited little boy even as an infant. I struggled initially transitioning into motherhood, having taken very little time to reflect on how my life would change. I went from having a pretty good grasp of who I was, to feeling like I could barely recognize myself at all. To add pressure to my struggles, Dash barely slept for the first 12 months of his life so I was spinning on lack of sleep and looking for solutions. I got sucked in by the gauntlet of early parenting ‘shoulds’ in the books and online, often beating myself up and stressing about things so much that I failed to enjoy the moment with him. Eventually, I realized that trying to make him fit my ‘routine’ was like trying to jam a square peg into a round hole. I surrendered to taking his lead. It was incredible how much lighter life felt when I dropped the struggle. Eventually he slept, and I swallowed my reservations and we decided to have another, and Raffy was born. He’s been a whole separate set of challenges, in that he was unexpectedly diagnosed with congenital heart disease at 36 hours old, with no indications antenatally. He underwent his first heart procedure at 3 days old, and had open heart surgery for the first time at 15 weeks. They say ‘when the student is ready, the teacher presents’. It’s been that way with both of my boys. Dash taught me about embracing the beauty of the moment, and about how stifling rules and expectations can be. Raffy has taught me courage and true surrender; and has opened my eyes even further to the painfully exquisite blessings that are life and love.

If you could change anything about the way you were raised, what would it be?

I don’t think I would change anything to be honest. There are points in which I reflect on which prompt me to approach parenting and life differently to how I was raised, sure, but if I changed them then I wouldn’t have the knowledge of how I want things to be now. I realize that sounds a bit trivial, so I’ll try to touch on them. Both of my parents worked full time, and I felt their absence practically during mid to late primary school, and then again emotionally in early high school. We couldn’t play sport after school or go to friend’s houses, that sort of thing, though I appreciate that my parents worked tirelessly for the kind of life we were able to have. During early high school, it was one of my teachers who recognized me struggling with all of the self-criticisms which go along with being a teenage girl, and encouraged me to talk about how I was feeling. She was wonderfully supportive of me, telling me that I could change the world with the work that I would do and giving me the confidence to believe it. I hope I can be that voice to my children, and that I have the time to truly know and appreciate them as people. Other things are simple things... we moved around a lot in my childhood, so for my boys I’d like to create a home which always feels like their home and that tells a story of our family to others walking in. I want them to remember the joy of long, slow summers having adventures, at the beach and doing fun things as a family.

Has your greatest fear ever come true?

My greatest fears have always been loss-based. Before I had Raffy I worked as a training psychologist with a community Palliative Care team and was supporting a young mother of two boys to come to terms with her impending death. There were so many parallels between her story and mine, and watching her heartache at navigating the knowledge that she wouldn’t get to see her children grow up completely wrecked me. At that time, I thought my greatest fear was that I wouldn’t be around to watch my kids grow or guide them in life. Then Raffy was born, and I realized that my greatest fear was actually losing a child. I haven’t had to face it, and can’t even begin to imagine what it would be like to have to. I guess the challenges we have faced with Raff have made me acknowledge my lack of control over outcomes and focus more on the kind of person I want to be. I can’t control his health, but I can control the ways in which I respond to his needs and his struggles, and I have absolute control over the kind of woman and mother I want to be, even when challenges are present.

Have you been the kind of friend you’d want as one?

Not really, and I’ve started to feel it lately. I’ve poured so much into study, work and family life over the past few years that I’ve hardly picked up the phone and touched base with some of my closest friends. I’m very lucky to have a few enduring friendships where time is a malleable thing, and the love is always there irrespective of distance or how long it has been. I’ve made it an unwritten goal for 2019 to give myself more fully to all of my relationships as they have been so formative in helping me to accept and love myself for the person that I am.

What are you pretending not to know?

I’m pretending not to know that the jig is up and that it is time to stop stuffing around at university. I completed my undergraduate psychology degree in 2010 and my Masters last year, and am now a registered psychologist. None of it has stopped me from flirting with the idea of becoming a teacher, a nurse and more recently a midwife as well. I’m still enrolled in a Bachelor of Midwifery and would love to work away at it piece by piece, but I guess the time is nigh to acknowledge that with a growing family my focus could be better directed, and money better spent than on an ever-accumulating HECS debt. I’m writing this, but I’m still writing a mental list of all of the reasons why finishing it would be a brilliant idea.

We learn from our mistakes, yet we’re always so afraid to make one. Where is this true for you? And which mistakes do you wish we would all stop making?

I’m trying to be better at being bad at things, and being vulnerable enough to have a go despite not being the best. I’m very aware I have a tendency to set very high standards for myself in terms of performance, and have spent my life avoiding things I felt I was less than good at, lest I open myself to criticism or ridicule. It has historically driven me away from social connections, recreational pursuits, employment opportunities, and self development. It has largely been driven by the quietly critical voice in my head which so often is not grounded in logic, fact, or kindness. I wish I had spent less time listening to the voice which told me how costly it would be to stuff things up or make a mess of things, and more time embracing opportunities to live life wholly. I wish I had learnt that ‘should haves’ were not helpful long before I did. For everyone, I wish that we could appreciate that life is not lived in ruminations about the past or worries about the future, but only in this moment. I wish we could put down our screens, get fascinated by learning about ourselves, let go of all the things we carry which do not serve us, and connect more fully with others. At the end of the day, that’s really all that there is.