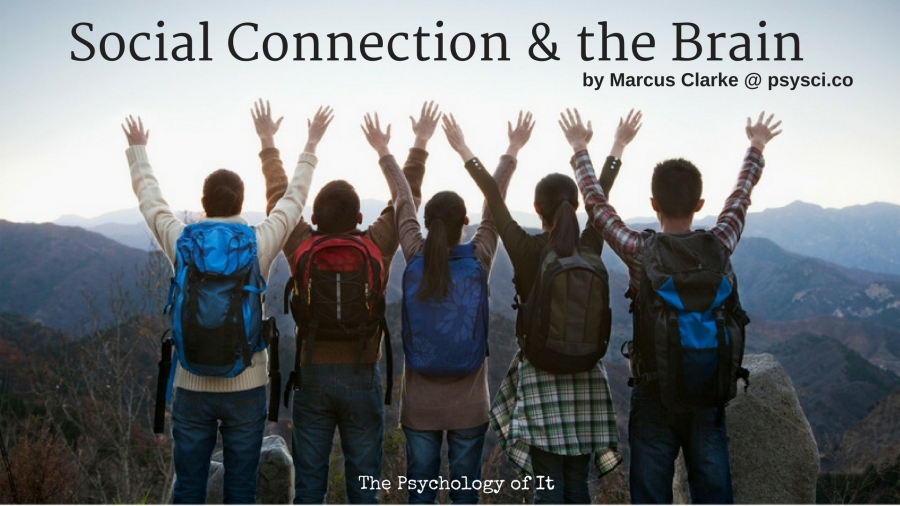 Psychology & Science is a British website that examines the latest research as well as discussion of topical stories, concerning the areas of psychology and science that contribute to our understanding of health and well-being. Psysci blogger, Marcus Clarke, is a guest writer today for The Psychology of It, adding to our articles on Social Anxiety Disorder and the evolution of anxiety, Marcus writes for us about how social connection rewires the brain.

We are taught that knowledge is power, and money is wealth; but are we underestimating the positive affects our relationships have on our brains? Studies discussed in The Atlantic article, Social Connection Makes a Better Brain, can tell us, with a resounding yes, that this is in fact true. Society is putting more and more importance on career advancement and academics, when a major factor in brain development is social connection and relationships.

The Science Behind it All

One of the biggest questions asked in the field of evolutionary science is how and why did the human brain get to be so big? In contrast to elephants, mice, and gorillas; who have brains that are proportioned to their body size, a human's brain size is not proportioned at all, our brains in fact should be much smaller than they are. Anthropologist, Robin Dunbar, has done research on this topic and concluded that the strongest predictor of the size of a species' neocortex, is determined by the size of its social group. Our brains have evolved in order to form groups and socialise. The first hominids to have developed a brain the size of our modern brain, were the Homo heidelbergensis. These hominids, appearing 600,000-700,000 years ago, native to Africa, were the first to divide labour amongst groups, they also used central campsites, and may have even buried their dead.

The “default network,” looks very similar to the brain's configuration for “making sense of other people and ourselves.” In other words, humans are naturally wired for social interaction, it is an automatic reflex to make connections even when experiencing a state of rest. “Evolution has made a bet, “ says psychologist Matthew Lieberman, “that the best thing for our brain to do in any spare moment is to get ready for what comes next in social terms.”

The Need to Feel Needed

Having a strong social network is no doubt beneficial to brain health, but it can also make you exponentially happier, especially when you feel you are needed by the other person. A study was conducted showing that comforting someone in distress activated the reward centre in the brain significantly more than when the person was not in distress. A boyfriend was put in a brain scanner that administered electric shocks while a girlfriend sat outside the scanner holding his hand. It was shown that the girlfriend's reward centres were active the entire time, but they were the most active when the boyfriend was receiving electric shocks. The benefits to the brain are more significant when the subject feels the other needs their help.

What is Social Connection Really Worth?

In comparing relationships to material wealth, economists have outlined relationship gains and losses and described them in money terms. Volunteering at least once a week is the equivalent to moving from a $20,000 income to a $75,000 income. Seeing a friend most days is like earning $100,000 more each year. And seeing neighbours is equal to getting $60,000 more a year. On the contrary if you experience a relationship loss such as a divorce, it can be like losing $90,000 a year. Looking at relationships as a form of wealth can help those looking for happiness to seek out and invest in quality relationships as opposed to investing the majority of time in material pursuits.

In this modern age of technology and online communication, more and more people are sacrificing relationships for career and material gains. The American Freshman Survey, which has been tracking data amongst American colleges since the 1960's, has shown trends that have to do with social and cultural change throughout history. It was shown that in 1965, “starting a family,” or “helping others,” were more important to students than “being well off financially.” By the 1980's , it was found that students held financial gain and career success as being more important than “starting a family,” or “helping others”. In 2012, 81 percent of students were prioritizing being “very well-of financially,” which is the highest it has ever been within the survey.

There is great pressure to be successful, it's what our economy and most of our societal structures are based upon. It's completely possible that most of us are ignoring the missing link to our “genius,” and human potential. Social interaction lets us know we're not alone, it makes us feel protected, generous and connected. It's been proven to be one of the most important, if not the most important factor that decides human happiness and wellbeing. 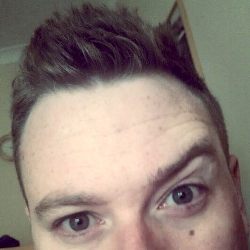 Marcus regularly blogs at psysci, a psychology, science blog that examines the latest research and explains how findings can impact and improve people’s lives.

More in this category: « Music for Grief by Dannielle O'Keefe Makeup: The Psychology of It »