The Psychology of Hair Featured 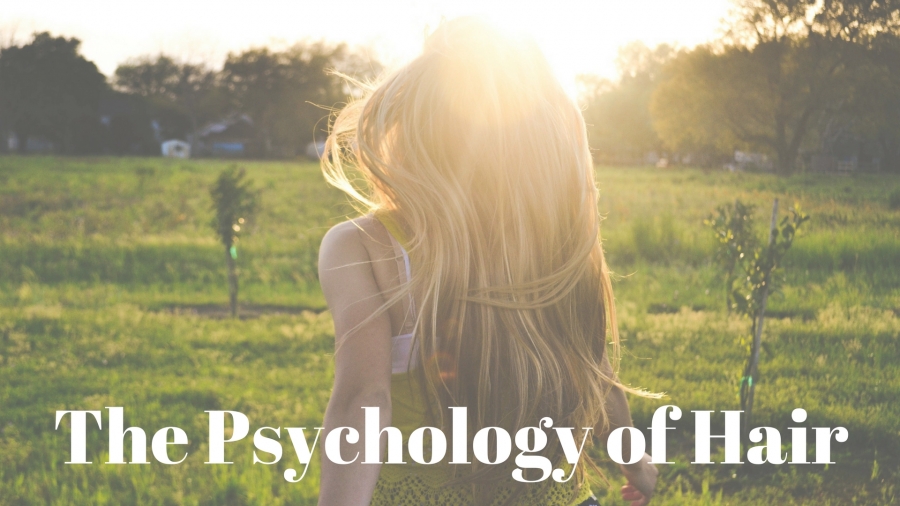 Last weekend, while walking with my fabulous friend and her nine-year-old daughter, I was called in to "co-parent" (I love that my friend refers to me as that - such a privilege and so generous!). You see, for the first time in her life, little Miss Nine wanted to cut her very long and luscious, thick brown hair which virtually touches her bottom it's that long! The girls at school all have hair just below their shoulders and her mum worried that perhaps the only reason she wanted to cut her hair was to be like everyone else.

Miss Nine's mum's struggle was real. And open. She loves her daughter's beautiful hair and sees it as a defining feature that also links to both of their Indian heritage. My friend also had long hair for her entire childhood and so there was this historical connection and perhaps expectations for her own daughter when she came along (mind you, her son also has the most amazing hair and hairstyles!). Doing her daughter's hair was a pleasant thing for her to do and a chance to bond and talk and touch and connect every day. There were times while watching TV where she'd simply sit and stroke her little girl's hair - her meditation.

This got me thinking. Why do we place such an emphasis on our hair? Why do we cut our hair dramatically when we have a break-up or feel as though we need a significant change? Why did I feel more concerned about losing my hair than any of my surgeries when I had cancer? Why was my friend so attached to her daughter's hair? And why oh why, does every single bride on the planet, who has painstakingly grown their hair prior to the wedding, cut it all off immediately following the honeymoon?

Between the ages of 8 and 11 years of age, children's social awareness has well and truly kicked in. They become very motivated to form friendships and belong to their peer group which increases their own awareness about their appearance. This includes their personal hygiene, clothing, and of course, hair styles. Appearance becomes a vehicle for self-expression and having a sense of control over their appearance can help the child's sense of competency develop, as well as their self-esteem.

I knew instantly when my friend brought me in to "co-parent" on the hair dilemma whose side I would have to take, and she wasn't going to be happy!

While her guidance would be necessary when her daughter was deciding how short to cut her hair, my advice to my friend was that she would need to balance her desire to control the decision with her daughter's need to learn to make independent decisions and to express herself. My friend had viewed her daughter's desire to conform as a negative, when in actuality it was a sign of healthy child development. That must have reassured her because the very next week her little girl had about 30cm cut off her mane and they all lived happily-ever-after!

What about as we get older?

I know that the most confronting part of losing my hair from chemotherapy was the belief that I would also be losing a part of my identity and my gender, my attractiveness to other people even. Traumatised by short frizzy hair as a young adolescent (my nickname was Steel Wool), constantly being mistaken for a boy, those memories were only ever just below the surface. Even after having long thick curls for twenty years, I still occasionally would wake up from a bad dream where I'd chopped it all off, frantically feeling to see if it was all still there!

So it was no surprise when I read an article from Psychology Today that agreed that because our hair is so visible, it automatically becomes a part of our identities. Our hair can help define the persona we create for others as well as how we define ourselves to ourselves.

I have to say that the anticipation of losing my hair was far worse than actually losing it, and since then, even though I love having my old hair style and colour back, hair doesn't carry quite the same importance for me as it did pre-cancer. Perspective is a wonderful thing.

I found a gorgeous article on a blog called Hello Giggles that quoted hairstylist Eloise Cheung as stating that, "We're on a mission to create a new and better version of ourselves and a fast and easy way to do this is by cutting our hair and/or changing our hair colour."

In the same article, psychologist Dr Patricia A. Farrell stated that, “Hair is one of the most important aspects of our expression of who we are and who we want to be seen as,” she explained. “Dramatic haircuts would indicate a wish to make a drastic change and then fit into that new persona we’re creating.”

While we might feel psychologically 'lighter' and enjoy the attention a new style brings, particularly following a drastic change after an emotional event such as a relationship break-up, it's important for us to remember that we are still the same person, and our problems are still likely to exist.

And what about the brides who cut their hair after months and years of growing it for the wedding?

Well, one evolutionary view links women's long hair to an image of fertility and sexual desirability, so one suggested explanation is that when a woman cuts her hair from long to very short is that she is expressing that she is now "off the market".

Why not share your hair cut stories with us in the comments below? As always, if you've liked what you read be sure to share us with your friends and drop us a line if you have a topic you'd like us to write about! x