The Psychology of Depression 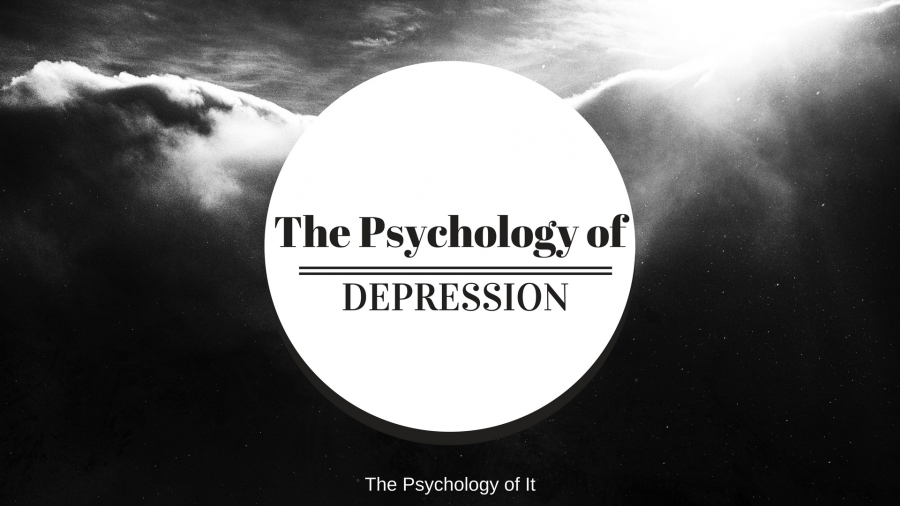 Three hundred million people world wide live with depression. The Black Dog. The Dark Storm. The Tar Pit. The Black Hole. But what is depression and what causes it? Read on to learn the opinions of several mental health clinicians in this first of our The Psychology of It series on depression.

The publishing of this article just so happens to coincide with The Psychology of It's first birthday, so perhaps the very first question needs to be, "why did it take a psychological website twelve months to write specifically about depression?" Well, that's an excellent question and to be honest, I think I've been avoiding writing about depression because it's not a straight-forward disorder to describe. Clients come into the clinic with the same diagnosis of "depression" and yet can have extremely different presentations in mood, thinking, behaviour, functioning and even general appearance. So, to get me started, I called on the help of my team. Here's what they had to say:

Depression consists of a number of symptoms including: low mood, incapacity for pleasure, sleep and appetite disturbance, slowing of thinking, often with suicidal thoughts or behaviours.

Depression is a medical term used to describe a cluster of symptoms found in some people who are experiencing a certain set of symptoms. These symptoms can be experienced at differing levels of severity as well. It is also a term used by people in the community to describe a feeling of sadness that is but one of symptom of depression - the illness - so, in some cases the terminology can be confusing.

Depression is usually defined by a number of symptoms including mainly lowered mood, feelings of sadness and worthlessness, everything is an effort, poor motivation, increase/decrease in appetite, increase/decrease in sleep, negative thinking, possible thoughts of self-harm, increased tearfulness, don't want to be here, withdrawn behaviours, avoidance...

A deep feeling of sadness, feeling of being lost, or not feeling at all for a long period of time with limited ability to react positively or 'happily' to things that should make us feel good. Lack of interest in usual activities or decreased motivation to complete usual daily tasks, social isolation, disturbed sleep or sleeping too much, lack of ability to identify any goals (short or long term).

What I love about their joint answers is that together, they cover all of the symptoms of depression, yet use their own personal language, likely based on their current clientele living with depression. There are a large cluster of symptoms that make a depressive illness and people only need a combination of five of them, along with other qualifiers in order to receive a diagnosis of major depression.

Here is what our Diagnositic Statistical Manual of Mental Disorders, 5th Edition (DSM V) lists as criteria for major depression.

A. Five (or more) of the following symptoms have been present during the same 2-week period and represent a change from previous functioning; at least one of the symptoms is either (1) depressed mood or (2) loss of interest or pleasure. Note: Do not include symptoms that are clearly attributable to another medical condition.

1. Depressed mood most of the day, nearly every day - this might be indicated by feelings of sadness, emptiness, hopelessness, tearfulness etc. and in children and adolescents it might be irritability.

2. A significantly reduced interest or pleasure in all, or almost all, activities most of the day, nearly every day - especially things that would normally derive pleasure and enjoyment.

3. Significant weight loss when not dieting or weight gain or decrease or increase in appetite nearly every day.

4. Sleeping difficulties or a need to sleep more nearly every day.

5. Psychomotor agitation or retardation nearly every day - this might be a slowing down of movements and speech, or a constant need to move and inability to sit still.

6. Fatigue or loss of energy nearly every day.

7. Feelings of worthlessness or excessive or inappropriate guilt nearly every day.

8. Diminished ability to think or concentrate, or indecisiveness, nearly every day.

9. Recurrent thoughts of death (not just fear of dying), recurrent suicidal ideation without a specific plan, or a suicide attempt or a specific plan for committing suicide.

B. The symptoms cause clinically significant distress or impairment in social, occupational, or other important areas of functioning.

C. The episode is not attributable to the physiological effects of a substance or to another medical condition.

D. The occurrence of the major depressive episode is not better explained by schizoaffective disorder or a psychotic disorder.

If someone does meet enough of the above criteria, major depression can then be further specified with any of the following types:

When making a diagnosis, we must take into account a person's unique background and circumstances, their cultural beliefs and what would be a normal emotional reaction, and duration for that reaction within the context of their circumstance. For example, responses to a significant loss (e.g., bereavement, financial ruin, losses from a natural disaster, a serious medical illness or disability) may include the feelings of intense sadness, rumination about the loss, insomnia, poor appetite, and weight loss noted in Criterion A, which may resemble a depressive episode. Although such symptoms may be understandable or considered appropriate to the loss, the presence of a major depressive episode in addition to the normal response to a significant loss should also be carefully considered. This decision inevitably requires the exercise of clinical judgment based on the individual’s history and the cultural norms for the expression of distress in the contest of loss.

While a major depressive episode lasts at least two weeks, it can last a lot longer. Once it goes away, the person may never experience another one, or they might experience more throughout their lifetimes. It works differently for everyone but we can describe episodes using common terms such as current or past episodes, single or recurrent. There's another kind of depression not as severe at major depression, but one that lasts longer - years even - called a dysthymic disorder. Depression also features in Bipolar Affective disorders.

See how un-straightforward depression? Any wonder I put it off and put it off...

Now that I've given you the literal words from our diagnostic bible, it wouldn't be fair to not give you my impressions and observations on depression. Here we go:

"I sometimes feel as though I'm trying to move my entire body through tar. My limbs feel so heavy and the movements are so slow. My mind feels just as sluggish. I can't concentrate. I can't remember things. My head feels fuzzy all the time and I just can't get going. I just can't get motivated to do anything and I can just lie in bed all day and sleep. It's hard not to feel hopeless about ever feeling better." Anonymous client.

The causes of depression are not simple or straightforward. Depression has been documented since Ancient Greek and Roman times when it was referred to as melancholia and thought to be caused by evil spirits! More recently, depression was thought to be caused by a "chemical imbalance" but we now know that it's a lot more complex than that. Once again, I asked my colleagues for their opinions on what causes depression. Have a read.

There are a number of "depressions" with different patterns, acute, chronic, persistent, recurrent and different causes, genetic, environmental, which need different treatments.

The causes of depression are varied from post-partum, grief, trauma, genetic theories, theories of imbalance of serotonin in the brain or the result of the use of psycho-active substances such as alcohol or stimulants (but more in the come down for stimulants), difficulty adjusting to changes in life or roles, bipolar disorder, over-worked or over-stressed individuals. The best way to understand the onset of depression, I think, is through the stress vulnerability model essentially saying that we all have a vulnerability to mental illness and whether one develops the illness is dependent on a range of variables. I don't think it's sufficient to say one thing in a person's life causes depression but rather a combination of factors. For want of a better term, the "perfect storm".

The causes can be multiple. Depression could be triggered by stress, e.g. work stress, home life, family relationships, post-natal depression. Depression can be related to trauma, sexual abuse, a sudden death, loss of a job, relationship break-up. Genetic make-up may also contribute to depression through a genetic predisposition or strong family history of depression. Environmental and financial factors or other potential triggers for depression. Other causes may include complex medical conditions, thyroid issues, hormonal issues, or living with chronic illness.

Once again, my colleagues have raised all of the key points when it comes to how to we understand the causes of mental illnesses in general, and that is, that the causes are typically multi-factorial - it's never just one single thing that causes the onset of depression.

For example, a depressive disorder that arises in winter has a different trigger than a severe depression following the  loss of a loved one, even though the depressive episodes might look similar for both.

There's a lot of research being undertaken that is identifying biological (physical factors such as genetic makeup etc.), psychological (stress, trauma, personality traits etc.) and social (socioeconomic status, environmental considerations, social support etc.) factors which appear to be strong contributors to the development of depression regardless of whatever the triggering event is.

It's important to realise though that although there may be a family history of depression, it is not a foregone conclusion that other family members will automatically also develop a depressive disorder. Drug and alcohol use and exposure to other toxins through diet and the environment are also risk factors. Coping style and cognitive styles also influence a person's likelihood of developing a depressive disorder. The list goes on and on.

In summary, it takes a combination of contributing factors to lead to the onset of depression.

A big shout out to Mark, Damian, Kellie and Graham for helping me out with this article - thanks guys! I'm excited to say that guest writer and psychiatrist, Dr Graham Ridley, will be writing for us about the many and varied pharmaceutical treatments for depression and I will be writing about the psychological behavioural and cognitive treatment modalities used in the 'talking therapies' to treat depression.

For more information on depression, I recommend visiting the Black Dog Institute Website.

And speaking of black dogs...

If you've enjoyed this article, please make sure you look out for our follow up articles. As always, we appreciate your feedback, likes and shares! To make sure you don't miss out on our best articles, subscribe to our website on the home page and make sure you share us with your friends. x