The Psychology of Claustrophobia Featured 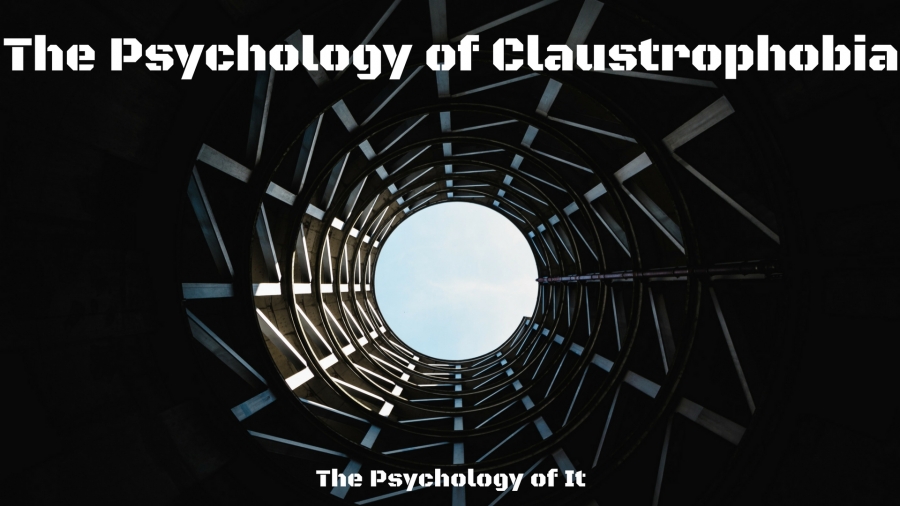 I have a very vivid memory from around five years of age playing with my sister and cousins in their caravan when someone had the bright idea of taking it in turns at being locked in the little bar fridge!

When it came to my turn, one of them (the naughty one!) decided it would be funnier to not let me out. I screamed bloody murder and have had that darkened, cold space etched firmly into my memory ever since.

Fast forward around three years when, with the same sister and cousins, we ran away from our mothers to ride the elevator at the Myer store in Ballarat, when what do you know, the elevator got stuck between floors.

My little five-year-old sister had an asthma attack and that pretty well secured my life-long goal of avoiding small, enclosed spaces.

These days, real-life stories like Stuart Diver's during the Thredbo landslide in 1997, and more recently, Brant Webb and Todd Russell's ordeal throughout the Beaconsfield Mine collapse in 2006 trigger my anxiety about being trapped in a confined space. Movies do it too. Buried, anyone?

And of course, I've written about my latest bouts of claustrophobia during my recent MRI scans.

Claustrophobia is categorised as a Specific Phobia - a type of Anxiety Disorder - in the Diagnostic Statistical Manual Version 5.

"A specific phobia is an excessive and persistent fear of a specific object, situation or activity that is generally not harmful. Patients know their fear is excessive, but they can’t overcome it. These fears cause such distress that some people go to extreme lengths to avoid what they fear." DSM5

A person with claustrophobia has an excessive fear of enclosed spaces or the fear of having no escape.

There are several theories about what causes claustrophobia.

One of which fits my situation above is Classical Conditioning - just like Pavlov's dog who learned to associate the sound of a bell with food which elicited the specific behaviour of salivation.

In the case of claustrophobia, the person has associated an event from their life involving small spaces, or the feeling of being trapped, with the feeling of panic or being under threat. It's usually the traumatic nature of the situation that results in the activation of the fight/flight response which causes the conditioning to occur.

Other triggering situations might include elevators, tunnels, caves, aeroplanes, basements or even movie theatres.

Another theory suggests that the amygdalae - the tiny part of the brain that controls how our bodies process fear - are smaller in people who experience claustrophobia and that somehow, the smaller size might interfere with how the body processes anxiety and panic.

Prepared Phobia is a theory which suggests that phobias develop on the genetic level rather than psychologically. The research behind this theory suggests that claustrophobia and some other phobias are dormant evolutionary survival mechanisms. A survival instinct buried within our genetic code that was once crucial to human survival but is no longer needed. This theory actually makes sense to me within the context of fight or flight and our primal survival instincts.

There was some ground breaking research in 2010 by Dr Harold Levinson who described claustrophobia triggering situations to be shielding environments that physically deprive the brain of vital sensory information such as visual, gravitational, or auditory, etc. Dr Levinson's subjects already had an inner ear issue which already effected their senses. He hypothesised that those triggers can trip sensitized fight or flight alarms and lead to fears of being trapped.

What are the Treatments for Claustrophobia?

For some quick and easy tools you can head to our Coping Toolkit article here.

Psychologists will treat claustrophobia in similar ways to other anxiety disorders, with a range of treatments including cognitive and behavioural therapies, systematic desensitisation and relaxation therapies, including mindfulness based practices.

As you'll be realising, there is definitely a 'thinking' component to claustrophobia which comes in the forms of irrational or unrealistic fears about either one's safety (usually around suffocation) or one's ability to escape easily should the need arise. These are great examples of what I refer to as 'unhelpful thoughts' or thinking styles, as they typically contribute to the problem (the fear/anxiety/claustrophobia) and NOT the solution (remaining calm and rational).

Unhelpful thoughts can be addressed in a number of ways, including cognitive behavioural therapy (CBT) techniques such as 'challenging/rationalising' or 'stopping' the unhelpful thought once it arises. These require A LOT of practice beforehand though to be effective in a crisis, so would require a couple of sessions with your psychologist to first acquire the skills and then rehearse them in daily life. Preparation for a planned event such as having an MRI would allow for this level of practice.

As I described in the Coping Toolkit, I relied on a very quick and simple cognitive strategy from Acceptance and Commitment Therapy (ACT) called a thought defusion strategy. Instead of attempting to rationalise my worry, or to stop it from popping into my mind, I chose to find humour in it and laugh at it instead.

There are many other ways to manage our unhelpful thoughts and I look forward to writing more articles about those in the near future.

The behavioural approach to treating any kind of anxiety is a vital part of the treatment's success.

If we think of anxiety as a continuum, up one end we have EXTREME-JUMP-OUT-OF-MY-SKIN anxiety and up the other end we have complete calm. It makes sense that if you're feeling anxious your goal will be to move in the direction of the calm, right?

Relaxation strategies are essentially anything you do that helps you become calm. You'll know through reading my writing that I have a few go-to techniques including controlled breathing and mindful grounding strategies. I use these regularly because they're quick and easy to use no matter where I am, I don't need any special equipment to do them, and most importantly, they work for me. They work for a lot of other people too.

Once we've mastered a relaxation technique, we're then in an excellent position to begin graded exposure therapy, or systematic desensitisation. This is a type of CBT and is currently the preferred technique to treat claustrophobia and other phobias.

This particular therapy involves creating a hierarchy of fears related to the fear a person wishes to overcome. In the case of claustrophobia, that might mean rating a series of activities perhaps commencing with imagining being in an enclosed space, followed by entering a smallish space, gradually spending time in smaller and smaller spaces until eventually finishing with their biggest fear, which might be a cave, or elevator or even an MRI machine!

What happens at each stage is that the person enters into the anxiety provoking situation and then engages actively in their relaxation strategy until their anxiety level reduces completely. Progress up the hierarchy doesn't continue until each situation ceases to elicit an anxious response in the person. This builds confidence that the person is able to actively manage their anxiety in an uncomfortable situation and serves to lower their anxiety about related events. This is why we begin with the least anxiety provoking scenarios first and then gradually work our way up systematically.

In severe cases, your doctor may consider prescribing medication, man-made and natural, to assist in the management of the anxiety symptoms. Other considerations could be to visit an acupuncturist or clinical hypnotherapist for claustrophobia treatment as well.

I hope this has been a useful introduction to claustrophobia, something most of us experience at one time or another.
I'm always on the look out for topics of interest to you to write about, so please don't be shy. Send me a message or an email with your ideas and I'm always on the lookout for more people to have a Conversation on the Couch with! x